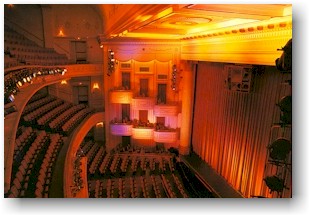 The historic 1,600-seat Shubert Theater, which opened in 1914 in New Haven, Conn., is under new management: the non-profit CAPA, which has saved, restored and revitalized historic theaters, including the Chicago Theatre, The Ohio Theatre and the Southern Theatre in Columbus, Ohio, has taken over from the City of New Haven to run the venue. CAPA has created the Connecticut Association for the Performing Arts to operate the Shubert, which, over the years, was the home for pre-Broadway tryouts of numerous plays, including "South Pacific."

CAPA President Douglas Kridler said his company could bring management experience and economies of scale to help the Shubert, which is in debt and faces tough competition from other area theaters. The venue was reportedly in debt of a million dollars over the past year.