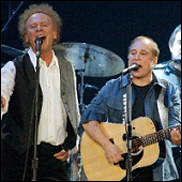 AUKLAND, Australia (VIP-NEWS) — Sony Music Entertainment Australia has unveiled its new touring and events division Day 1 Entertainment, and revealed the upcoming Simon and Garfunkel visit down under will be one of its first projects.

Day 1 Entertainment will join forces with Chugg Entertainment to co-promote the veteran songwriting duo's mid-year Australasia tour, beginning June 13 in Auckland, and will bring out the Priests – a trio of Roman Catholic clergymen from Northern Ireland – for a May 5 concert at the Sydney Entertainment Centre, their first on these shores.

"From an international artist point of view, we couldn't be happier than bringing out Simon and Garfunkel," Denis Handlin, chairman and CEO of Sony Music Australia and New Zealand, tells Billboard.biz. "It's something Chuggy and I have been talking about for years, to get them back to Australia. It's going to be a fantastic tour."

The new division will develop tours on a case-by-case basis. "On some of the tours we will really enjoy partnering up with the promoters and working with them, and some tours we'll do on our own," Handlin explains. "The promoters now know that we can partner up with them. We're not there to be the enemy or a threat."

As previously reported, the new Sony Australia division will be headed by Mardi Caught, who takes the role as GM, touring, events and artist management, with a remit to expand the business. Caught, who returns to Australia from Sony Music in the U.K., will clock in on April 14 and reports to Handlin.

Through its joint venture management firm Caplice Management in Sydney, Sony Music Australia will separately play a part in more than 80 shows for the 2008/2009 summer season, featuring such high profile Australian recording artists as Human Nature, David Campbell and Katie Noonan. According to Billboard