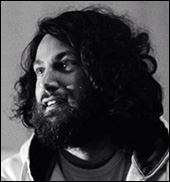 May joins the company from Universal Music U.K., where he was Senior International Marketing Manager and worked on campaigns for artists such as The Luminers and the Chemical Brothers.

May's other experience includes running the independent music label The Beats, which included British rapper Professor Green on its roster.

Before he joined UMG, he toiled as a manager, representing the UK hip hop group The Streets. – Staff Writers