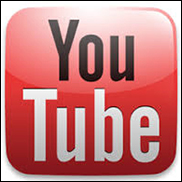 SAN FRANCISCO (Hypebot) – YouTube multichannel networks (MCNs) like Maker, Machinima, and Fullscreen have reshaped the business of online video, but there's still one dicey area that hasn't yet been worked out to everyone's satisfaction – the music that accompanies many of those videos. Read more from Bobby Owsinski.

It's about to get interesting in that regard as music library Freeplay Music recently filed a lawsuit against some of the largest MCNs in the business.

Disney's Maker Studios, DreamWorks Animation's Awesomeness, Big Frame and BroadbandTV where all slammed with suits that claimed the unauthorized use of Freeplay's music in videos on their channels.

Not satisfied with YouTube's Content ID system of spotting music usage, Freeplay incorporated its own digital fingerprinting technology called TuneSat to discover what it claims was rampant unauthorized use of its music.

The company offers free licenses to video producers to use its music for non-commercial purposes, and that's the rub. In a countersuit, the MCNs have claimed that Freeplay is being deceptive with their licenses, getting a producer to use its music for free only to turn around later and demand payment.

The problem with all this is that the MCNs are responsible for policing their own copyright situations, but you could see how difficult this could be with thousands of channels and millions of videos, which is why Freeplay went to the fingerprinting system to more precisely determine for sure if its music was being used.

YouTube has been like the Wild West for a number of years when it came to music licensing, but now that everyone is aware huge amount of the money involved, it's finally gotten the attention of everyone in music publishing in a big way. Whichever way the lawsuit turns out, it can only be good for songwriters, as every little income stream is now so important.