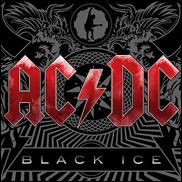 You don’t have to wait until October 20th. You don’t even have to drive

to Wal-Mart! Why waste all that gas and time when you can fire up your

quality! With no DRM!

Record companies no longer care about customers. They just care about

business. Extracting the most dollars possible. Labels don’t even give

a shit about careers. What’s a career? My tenure at the label and my

severance pay? The acts? We last longer than the acts. The acts are

grist for the mill. Whatever it takes to meet our numbers, that’s our

philosophy. And you wonder why the manager is the new label.

Because the manager truly cares about all 360 degrees of the act. In

PERPETUITY, or at least until the cessation of his sunset clause. The

manager’s not going to do something expedient. That would be like

squandering your child’s college fund on a Cadillac. Something with a

distinct lifespan, whereas an education lasts a lifetime, with an

education you can ADJUST TO THE FUTURE!

And what is the future we’re presently experiencing? One in which

there’s too much music, most of it crap or niche, and even the young ‘uns

are turning to the classics. Like AC/DC. The Internet keeps aged acts

alive. What would the Doors be without the Internet? Better yet, PINK

FLOYD! All those kids hearing "Dark Side Of The Moon" for the first

store? In most towns, THERE IS NO RECORD STORE! And Wal-Mart doesn’t

carry "Ummagumma" and the rest of the catalogue. Why can’t labels see

that the hardest thing is to get people hooked, and they must do

everything in their power to aid in this process?

Sure, you can listen to tunes on MySpace Music. But you can’t take them

with you. Like you’re supposed to take the CD of "Black Ice" on a trip.

going to be a social outcast, if you’re not one already. Where were you

that you didn’t get the memo? Living under a rock? Even HOME SCHOOLED

kids have computers. That’s how you communicate with the outside world!

But the major labels know nothing about the outside world. And to the

degree they do, they want to deny it.

If you don’t want your album leaked, traded in advance before release

date, then you cannot let anybody hear it. You can’t even let it be

duplicated. Then again, if you’re manufacturing, you’re asking for

leaks… Unless you get the FBI to police your plant. Instead of putting

useless FBI logos on CDs, the labels would be better off looking within.

The customer is not the enemy, the customer didn’t leak the album, YOUR

Or maybe you need no physical distribution. The day the CD is dead is

digitally. And they own the second biggest album of the year. I’d say

that’s a true indicator. That soon people will only want the file.

But somehow, Down Under, AC/DC has not realized all this. I’d hate to

believe Angus Young is that dumb, but never underestimate the ignorance

of a musician, some of the best live in a bubble. But those days are

numbered. Today’s musician MUST BE TECH-SAVVY! Because that’s how you

make a record, with Pro Tools and hard drives. Maybe even GarageBand.

know what they’re talking about, do you really think this new band is

percentage of MySpace Music. WHO GETS THE PROFITS? Are they going to

trickle down to the acts? What, did you just fall off the turnip truck?

With enough pressure, maybe they’ll kick some pennies to the performers,

but I haven’t heard any rumblings yet. THERE IS NO MYSPACE MUSIC WITHOUT

lion’s share of the profits of MySpace Music? Probably for the same

reason they get less than a dime for iTunes sales. Isn’t that a laugh.

They took a hit to promote the CD, left their royalty rates low, and now

screwed. Those 360 deals? The ones the majors sign ignorant acts to?

Is the royalty rate still a pittance on iTunes? Why? The old logic was

But if the label’s taking a piece of everything, shouldn’t the act get a

fair shake for music sales? Not in the topsy-turvy, Wall Street-like

Instead of mortgages, we’ve got acts who’ve sold their souls, who’ve

back to earth and have been left with nothing soon thereafter. Where are

all the acts the majors have built in the last fifteen years? Backstreet

Boys play theatres, at best. While AC/DC can sell out STADIUMS! Yes,

the acts got a raw deal. In exchange for brief fame, they gave

everything to the label. And the heads of said organizations profited

mightily. Doug Morris and Jimmy Iovine work for a public company, why

are they so handsomely remunerated? They presided over a drastic decline

in the value of their operations. They shouldn’t be rewarded, they

should be castigated, FIRED! For missing the revolution!

Just because AC/DC says their productions must be listened to as albums,

that doesn’t make it so. That’s like TV stations saying you’ve got to

watch every episode of the season, that you can’t view "30 Rock" out of

order. The consumer gets to choose. If you produce something incredibly

good, people will want to hear it all. If they don’t… Then maybe they’re

just not interested, maybe what you think is so great is really a turd.

So what has AC/DC accomplished here? The Internet kept their fame alive

and they’ve decided to deny it. They got in bed with the oppressor, the

retailer who censors records. Meanwhile, their fan base will just

download the damn album for free. The hypocrisy is stunning. They don’t

care about their fans, they just care about money. Their handlers should

have drilled into them that their album should be sold on iTunes. Hell,

top of the chart. That’s not smart business, that’s dumb. It’s one

But the goal of a band is to be heard by as many people as possible. So

you’re going to keep your product OUT OF THE STORE? Away from the

future? Bottom line, people are going to steal it anyway.

And if iTunes is only about the singles, how come Coldplay sold all those

fucking albums? Because THEY’RE SEEN AS AN ALBUM BAND! It’s about

credibility and music more than the ability to cherry-pick on iTunes.

having moved 153,295 copies, but the complete album sits at number 4 and

singles world if you’re a singles band. And the future is digital. And

kids want portability. If you’re spewing this horseshit about CDs and

keeping your albums from Apple to protect their integrity, you’re just

signaling you’re a greedy fuck. And this greed leads your fans to steal

your music. It’s like denying there’s a drug problem because you don’t

sell dope. That’s got nothing to do with the rest of the world. The

record business used to be the hippest on the planet. Now it’s completely

backwards, and untrusted by the public. The goal used to be to work at

Warner Brothers, now you want to go north, to Google. Where intelligence

and innovation are rewarded. Where they live in the present and care

about the future, not the past, like the labels.