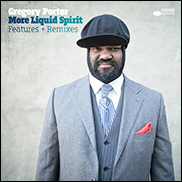 This guy could be the new Norah Jones.


The lane is wide open, it's unoccupied, it's just that the American media has refused to embrace someone with talent whilst trumpeting young nincompoops in an effort to look hip.


I went to pay fealty. It took me an hour forty to get there from Santa Monica, and don't forget, I employ a standard transmission. I'd like to tell you I listened to music the whole way, but I was powering through the talk channels, trying to make sense of the New Hampshire primary. You see politics is the story of the day. Used to be tech, but that's petering out. Pandora is selling and Twitter is tanking and after twenty years it's a pump and dump game. You build the unicorn and then you cash out, like those funds just did in Lyft. It's about speculation, not product. Sure, we like new services, but we know that one social network will replace another the way acts replace each other on the pop chart.

But it didn't used to be that way. Used to be music wasn't casual, but something you believed in, argued over, immersed yourself in even if you were the only one listening. We followed it like sports but without the statistics. We knew the teams but not who won. Because there were almost no stats, and those that existed were legendarily fake and known to mostly insiders. Rather, we were in pursuit of greatness, and the genres we embraced crossed a spectrum presently untraveled. You could be listening to Jimi Hendrix and at the same time be a fan of Blood, Sweat & Tears, with its horns and jazz.


And that's what Gregory Porter reminded me of, 1968, like he existed in his own bubble and when I encountered it and it popped I was covered in an all over goo that made me feel good.


I didn't expect to feel this way. Barnett told me Porter had sold a million albums in Europe, won a Grammy. Don Was said he was his favorite singer, then again, Gregory's on his label.


But then Mr. Porter opened his pipes…

He was backed by a combo. You might call it jazz, I would call it music.


And I know it when I hear it.


Especially because he was followed by Tori Kelly, who was execrable, I couldn't check my phone fast enough. A mildly talented neophyte overhyped by her manager…if this is the best we've got, we're screwed.


But it isn't, we've got Gregory Porter!

He started with a number from his unreleased new album, it was entitled "Take Me To The Alley."


Unlike the great unwashed, Porter evidenced talent, his voice was smooth, yet powerful. And it lent meaning to the words, I was touched. I wanted to check his history on my phone but I didn't want to lose focus on his performance, which only lasted three numbers.


Did you ever go to a club?


I don't mean one holding a thousand, with a deejay, I mean a small room holding fifty to three hundred people, back before cell phones, back before social media, when you didn't go to be seen but to experience the music.


You're up close and personal. In a sealed environment. And someone gets a chance to prove themselves.


It's not only Norah Jones. Back in the seventies we had Boz Scaggs and "Silk Degrees." That rootsy, R&B sound, relaxed and real, it touches hearts. Both Jones and Scaggs went from zero to hero overnight.


He tried to skew young, he worked with Disclosure.

Didn't make him a household name.


No, what's gonna break Gregory Porter is the man himself. It's not about social media, not about marketing, it's about following your vision and word of mouth. Because there are very few great things out there, and when we find one we know it and we tell everybody about it.


He's forty four. He just moved from Brooklyn back to Bakersfield. He's not selling TMZ, he's not boasting like Kanye, he's just singing.


You remember singing, don't you? When you just open your throat and let go?


We adore those who can do it well.


And if everybody were exposed justice would reign.


It's the Adele factor without the buildup.


Another person built for comfort not speed who dedicated his life to the sound.


He had a day job, but he persisted.


He was not a teen telling his parents to pimp him out, figuring graduate school would save him.


Gregory Porter is all in…


AND WHEN YOU HEAR HIM YOU WILL BE TOO!