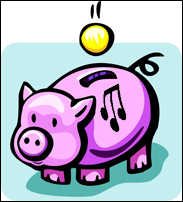 Do you remember the Christmas Club? That's where you opened an account at the bank, and deposited fifty cents, maybe even a dollar or five, each week, so you'd have enough money for Christmas presents at

the end of the year. So you wouldn't find yourself peering into store windows BROKE!

Soon we're gonna need Concert Clubs. Savings accounts for concerts.
I mean who can afford to go more than once a year?

Not many, that's why we've got to put the ducats on sale LIGHT YEARS before the show takes place.

Imagine this… Buying a ticket to the new "Raiders Of The Lost Ark"
movie next week. Worse, going on TicketMaster to acquire it. You want to see it this summer, don't you? You know what you're doing the
Friday night it opens… Ah, what night DOES it open? Memorial Day?
July 4th? What if I get invited to the lake house? What about my "Raiders" tickets!!

Used to be that concert tickets were not much more expensive than movie tickets. Now, they're a monthly car payment. Instead of live music being a regular habit, it's like going on vacation, a once a
year event, that you look forward to that doesn't always deliver.
Wouldn't it be better to go to multiple shows, and get immersed in the live experience?

OF COURSE NOT! BECAUSE I NEED MY MONEY!

LiveNation, AEG, the agents and promoters are going to make concertgoing such an exclusive privilege that the only ones able to go are themselves. The regular public is not only being priced out, they're

being insulted. And with fewer great acts to see, and the people with the bread wanting to be up close and personal, who is going to go anymore?

It's not only Celine Dion, putting her shows on sale over a YEAR in advance. Springsteen sold next summer's shows before winter had technically started. Now, in today's "New York Times", there's an

Now that's July 4th weekend. And people tend to plan ahead for it, if not THIS far ahead. But the truth here is that JT and his

posse want their MONEY! They want to block out all competing events. They want to get your bread before you blow it on dinner or a dress. Before some other crusty act decides to tour this summer, or a new

They're gonna put that money in the bank and reap all that interest income. At the same time they're raping the customer for ticket service charges. They're laughing, but the customer isn't. The customer

has got other entertainment options. And when the dinosaurs die off…THEN WHAT? And, the dinosaurs don't sell out like they used to. Everybody's seen 'em. And been raped financially in the process.

We need an edict. That you can't put tickets on sale more than two months out. Certainly not more than three. Otherwise, why not sell
tickets for 2015? Who cares if Eddie Van Halen falls off the wagon.
We've got everybody's MONEY!

You wonder why LiveNation's stock tanked? Someone finally ran the
numbers, and noticed that there are no superstars in the pipeline.
Not that those running LiveNation really care, they plan to sell the operation and cash out anyway, they're not in it for the long term.

Is anybody in it for the long term? Does anybody care about the fan?
Is money the only thing that matters? Are we going to take every dollar from the table before everybody else in order to insure that WE'RE rich?

Don't tell me everybody's fine with it. They're not. TicketMaster is as hated as the major labels. As stated above, concertgoing is no longer a casual event, but planned way in advance, like going to

college. Amazing that in the name of greed, no one's looking to the future.