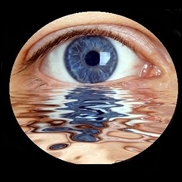 1. Focus on the music. Get it to the point where the audience only needs to hear it once to get it.


2. Let people listen for free. Then sell the physical product as a souvenir, and put out unique product online.


3. One great track is better than ten mediocre ones.


4. Don't worry about confusing the marketplace with more product. It just allows new fans to discover a plethora when they finally tune in. Meanwhile, the Internet allows the fulfillment of the true fan's dream, a steady flow of product. In the old days, you were a fan of a band in high school, their next record came out when you were married. Today, you can put out new songs while students are still in the same semester! And you should!


5. You must work live. It's the best way to connect with people. You've got to be so good, you close the audience. Performing is a different skill than playing in a studio. Start honing your chops now. Play anywhere and everywhere you can. Not focused on the money, but the development of stage skills.

6. Radio is gravy. People no longer believe radio builds career acts. Don't be beholden to the airwaves. See them as just another outlet.


7. Make videos. Creativity is key. We're returning to the age of MTV. Either play live, demonstrating your skills, which is how Andy McKee built a career on YouTube, or come up with an OK Go-type video. Wow us visually. The means of production are now in the hands of the proletariat. Hell, you can get a Flip HD camera for $150 and you can edit on your computer…


8. Experience counts. Everybody gets better the longer they do something.


9. Haters abound. If you're not being criticized, you're not doing it right, you're only playing in front of family and friends. Hate intensifies the bigger you get, especially in the Net world, where everybody gets a voice. There is no protection. Wander into the world and experience the slings and arrows, toughen your skin.

11. Let your audience participate, let people help you. They're dying to! Stay in the houses of fans on the road. Let fans design fliers and t-shirts. Give them tools to promote you. All they want in return is attention, and a bit of access. These sneezers are your key to success. Treat your core fans incredibly nicely.


In the old days it was about being nice to the PD. Now you go directly to the fan.


14. Be available on every social networking platform. Of course, Facebook, but a new act could make headway using Foursquare. Hell, have your fans come meet you at Starbucks!


15. Press is a bonus. Press is ignored by most people. It's seen as hype. Just keep thinking about being one on one with your fans.


16. Don't think any one opportunity or gig is the key to success. You never know what will break you through. And most times, it's later than sooner. And, if it happens too soon…momentum tends to peter out.


17. Release dates are irrelevant. You're in constant marketing mode. But the best marketing is a great track, that will be spread far and wide.


That drop after the first week?


It just got worse.


SoundScan is spinning some phony baloney about pre-orders, old school "Billboard" is lamenting the lack of price and positioning and radio support, and you're sitting there saying…um, seems right to me!


The nineties are over. Where the goal was to ship as much product as possible, create a public hoopla and not only see albums fly out of the store the first week, but for weeks to come.


First of all, people don't even want the album, they just want the track.


And most people don't care about the act anyway. And they can ignore it.


In other words, you've got to be in it for the long haul. The really long haul.

You're better off not blowing your marketing budget in anticipation of the first week. If you don't have a two year campaign in place, you don't believe in the project. Or, you're working for a major label, inured to short term results, desperately trying to make sure you don't get fired.


In order to have sustained fans, you've got to reach an audience with music. Not with photo shoots, not with talking head TV appearances, you've got to make sure people hear your music again and again. But you should start with a small group.


That's what old wave media doesn't understand, how to harness the public, how to use social media to create a conflagration.


Old wave media believes you use social media to spread the word. No, you infect fans, and then THEY spread the word on social media. And it can take a very long time to happen. And if you go for profits too soon, if you don't continue to improve the underlying product, you end up with something like MySpace. A hit for a minute, then toast.


This is scary to the old timers. They want insurance.


But that insurance can only be bought in a recording studio.


Yes, creators are more important than ever before. Which is why labels keep going to the usual suspects, they don't want to take a risk. But so many people are tired of this sound and have tuned out, and the oldsters are fighting over crumbs.


If you want longevity, you'd better create a new sound. Or at least an individual sound, a personality.


A good example of the future of music is Zac Brown. He's been recording for years. His album's been out for eons and he's still on the road. Not on vacation. Furthermore, word spreads about his passion for cooking, and his desire to feed fans. This hook builds his audience. Anybody can have a hit on the radio, but can you bring people to the show, can you get them to keep coming?


My friend Jim Urie is lobbying to get ISPs to crack down on file-traders. This is completely wrongheaded. We don't want to cut down any access people have to becoming fans. As for acquiring music… A better mousetrap is far superior to playing Whac-A-Mole. Don't take away the cheese, make it more enticing!


We're never going back to the sales figures of yore. Not because of theft, but because no one can get that kind of mindshare.


But you can get some traction. If you're willing to work really hard, continuously, always leading with your music.