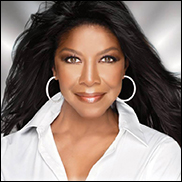 LOS ANGELES (CelebrityAccess) — Nine time Grammy Award winner, Natalie Cole died on December 31st in Los Angeles. Cole was an American singer, songwriter, and performer and the daughter of Nat King Cole. She was 65 when she died.


Although her father was famous she began in the club scene and never sang his songs so she could make it on her own. Cole found success in the seventies but with it she also found drugs.


Natalie Cole found sobriety but had contracted hepatitis C, while most likely using intravenous drugs. More fame came too with songs like “Unforgettable…With Love” which she famously sang with her father’s recordings and also upbeat pop hits such as “This Will Be (An Everlasting Love).


The cause was “ongoing health issues,” her family said. Ms. Cole had undergone a kidney transplant in 2009 and had suffered from other ailments recently, forcing the cancellation of tour dates in November and December of 2015.


“The biggest similarities between Ms. Cole and her father are in attitude. Instead of working toward catharsis, they aspire to a genteel elegance, balance and good feeling,” Stephen Holden wrote in The New York Times in 1993. “But where the ultimate direction of the father’s singing was an easy chair on a moonlit porch, his daughter’s tenser, more brittle singing evokes an urban, indoor setting. To the decorous phrasing of a big band singer she brings a steady current of soul-music sassiness.”


Ms. Cole is survived by her son, Robert Yancy, and her two sisters, Timolin Cole and Casey Cole.