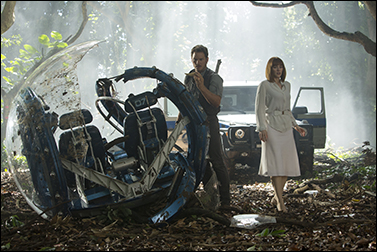 
An incredibly strong line-up of movies inspired audiences worldwide to flock to cinemas in 2015 and with Rentrak data culled from more than 125,000 screens in more than 25,000 theaters across the globe, the industry posted its biggest overall revenue in worldwide box office history, with a total of $38 billion-plus projected for the year.


"The importance of the international marketplace to the overall success of the motion picture studios, the exhibition business and the movies themselves cannot be overstated, with key territories across the globe plus North America providing the collective horsepower to push us near the $40 billion mark for the first time ever," said Rentrak's Senior Media Analyst, Paul Dergarabedian. "Following hot on the heels of a record-breaking first-time ever $11 billion-plus year at the box office in North America, this global record proves that going to the movies is a beloved pastime that is enjoyed throughout the world, with moviegoers from a wide array of backgrounds and cultures all coming together for the shared in-theater experience."


A vast lineup of films in 2015 including this summer's mega-hit "Jurassic World," the action-packed "Furious 7," the superhero-filled "Avengers: Age of Ultron," the family-friendly "Minions" and of course the record breaking "Star Wars: The Force Awakens," helped to fuel this incredible year's record performance. Notably, global hits came from virtually every studio and included the latest James Bond installment "Spectre," the action-packed "Mission: Impossible Rogue Nation," the final film in "The Hunger Games" franchise, "Mockingjay, Part 2," Ridley Scott's hit science fiction drama "The Martian" and Dwayne Johnson in "San Andreas" among many others.


Below is a list of the top five highest-earning films at the Global box office in 2015: