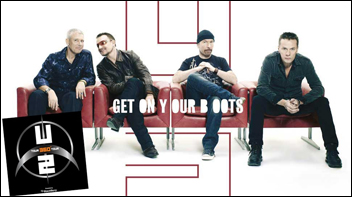 LOS ANGELES (CelebrityAccess MediaWire) — With combined sales this morning of over 450,000 tickets sold, U2 360 Tour has now surpassed an amazing 2.5 million tickets sold throughout Europe and North America since the tour was announced on March 9th.

The response to the tour has been overwhelming as records continue to shatter as new shows are put on sale. In Los Angeles, tour promoters Live Nation announced that the Rose Bowl performance was sold out at 90,000 tickets. This makes U2's October 25th performance both the fastest selling and the largest attended concert to play the Rose Bowl in history.

The European sales have also been record breaking. At Dublin's Croke Park, 160,000 tickets for U2 360 Tour performances on July 24th and 25th sold out in just 40 minutes leading to the immediate announcement of a 3rd and final event in that city. Sales in Gothenburg and Amsterdam were so brisk that 2nd performances were added and sold out within hours of them going on sale. In Zagreb all previous sales records in that country were shattered with an unprecedented two sold out stadium events. U2's tour opener in Barcelona sold out in 54 minutes becoming the fastest ever sold out show in the history of pop music in Spain with a second show subsequently added.

Full details of all dates and on-sale information as well as a virtual model of the unique production and seating positions can be found on a dedicated microsite at U2.com. Subscribers to U2's official website U2.com will have an opportunity to purchase tickets in advance of the public on sale date. –by CelebrityAccess Staff Writers