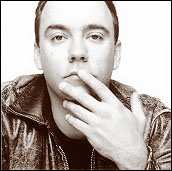 The 15th Farm Aid benefit concert has been confirmed for September 21 at the Post-Gazette Pavilion, just outside of Pittsburgh, making it the first time the event's being staged in the Northeast. Performers will include Farm Aid founders Willie Nelson, John Mellencamp and Neil Young, in addition to new Farm Aid board of directors member Dave Matthews. Other acts are tba. For the fifth consecutive year, the show will be telecast live on CMT.

Music Tour will hit 10 select cities nationwide beginning in mid-September. Headliner Kelly Price will be joined by special guests Dave Hollister and Glenn Lewis, in addition to both established and emerging R&B artists. Dates will be announced in August, when tickets go on sale.

Hennessy has deep roots in the music community through a variety of established events such as the Cognac Hennessy Jazz Search, the Hennessy Presents…concert series and the Hennessy New Music Showcases.

Ellis Paul and Slaid Cleaves are the core artists on the upcoming Woody Guthrie tribute tour, billed as "Ribbon of Highway-Endless Skyway: A Concert In The Spirit of Woody Guthrie, running February 1-March 1. Joining the club/theater tour on select dates will be either Eliza Gilkyson or Sarah Lee Guthrie and Johnny Irion. For more information, go to www.valdenn.com/woodyguthrietribute).

The Val Denn Agency in booking the tour and can be contacted at 512-847-7161 or valdenn@valdenn.com.

have been forced to cancel three of their five dates (July 15, 17-18) with Weezer, after Julian Casablancas, the group's frontman, broke his ankle. A post on their Web site says they will rejoin Weezer on July 29 in Atlanta at Hi-Fi Buys Amphitheater and July 30 in Antioch, TN at AmSouth Amphitheatre.

is in preproduction for a forthcoming album due out in the first quarter of 2003.