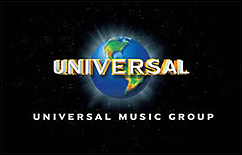 BRUSSELS (CelebrityAccess MediaWire) — Universal Music's merger with BMG appears to be on track for approval by the European Commission. In a report by Reuters, approval is expected at the end of the month after Vivendi divested itself of some of its holdings in an effort to reassure the Commission that the deal won't unduly harm competition in the sector.

The deal had come under fire after independent record producer trade association Impala had lodge complaint, and had urged the EC to require that Universal change some of its business practices. Their hopes however, in this instance, appear to be dashed as the EC chose not to act on their request.

The deal for BMG, when completed, will create the world's largest music publishing firm to the tune of $2.21 billion.

To assuage the EC, Universal is selling its' Rondor catalog which focuses on licensing in the 30 nation European Economic Union. They are also divesting the British portion of Zomba, 19 and their BBC catalogs for licensing in the EEA. – CelebrityAccess Staff Writers