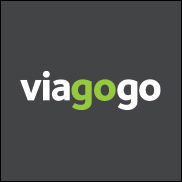 According to Music Week, the ticketing company had been called to give evidence at the hearing in the House Of Commons, but did not send representation.

"It is of considerable disappointment to us that Viagogo have decided not to send a representative," said committee chairman Damian Collins according to Music Week. "Despite the fact that they have a substantial office in London they do not believe that they have adequate representation in the UK in order to assist the committee with its inquiries.

"Given that other companies that operate in the primary and secondary ticketing space like Live Nation and [StubHub owner] eBay have given evidence to the committee, it is of considerable disappointment to us that Viagogo don't feel that they have any oral evidence that they can contribute," Collins added.

The hearings come against the backdrop of a potential amendment to the Digital Economy bill that will open up ticket speculators who use bots to purchase bulk tickets may be subjected to unlimited fines. The amendment is under discussion in the House of Lords, Music Week said. – Staff Writers