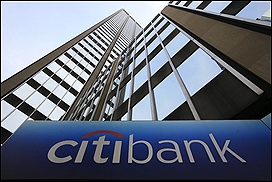 NEW YORK (CelebrityAccess MediaWire) — Citigroup banker David Wormsley took the stand on Tuesday to testify in the ongoing $8.3 billion dollar civil fraud lawsuit brought by their erstwhile partners Terra Firma, telling jurors that he was "always as truthful and honest as I could be" with Terra Firma founder Guy Hands.

The suit stems from the 2007 $6.4 billion dollar private equity acquisition of EMI by Terra Firma. Terra Firma founder Guy Hands accused Wormsley and Citigroup of lying about a rival bid from Cerberus Capital Management that did not exist, causing Terra Firma to overpay for the label group and leaving them deeper in hock to Citigroup than they needed to be. Citigroup provided more than $4 billion in financing for the acquisition.

Hands, who just finished 4 days on the stand, claimed that Wormsley had told him just days before the bid deadline that the Cerberus offer was in the works and said after learning about the non-existent Cerberus bid, his bidding team spent the weekend struggling to put together a bid of 2.62 pounds per share.

According to Reuters, Wormsley refuted Hand's claims, but said that he could not remember the specifics of the phone calls with Hands that are at the center of the case.

"I don't remember any of the calls specifically," Wormsley, said in Court. "I remember speaking to him over the weekend on the subject of financing."

Wormsley, according to Bloomberg, went on to level a charge of his own against Hands, claiming that a member of EMI's deal team reported to Wormsley that Hands had told them that an offer of 2.4 pounds per share would be approved by Citigroup.

"It was completely and utterly unacceptable to suggest that I had told him that 2.40 was acceptable or likely to be recommended by the board of EMI. I was furious." Wormsley testified.

The outcome of the trial is important for both firms. EMI is struggling under a significant debt burden and without some respite, Terra Firma may eventually be forced to hand over EMI to their creditors at Citigroup. Citigroup, on the other hand, is keen to protect their reputation and remain a major player in the extremely lucrative mergers & acquisitions business after near collapse in the 2008 financial crisis. – Ian Courtney