NEW YORK (CelebrityAccess) – Over one hundred songwriters have issued an open letter to Spotify CEO Daniel Ek, according to Billboard. The letter, which was issued Tuesday (April 8), directly addresses Spotify’s attempt to appeal Copyright Royalty Board rates after it was determined back in January of 2018 that songwriters and music publishers would receive higher payouts from on-demand subscription services.

Following the finalization of the ruling this past February, leading streaming services—with the exception of Apple—appealed the CRB rate determinations, citing “serious procedural and substantive concerns” as the grounds for their appeal.

Many of those that co-signed the letter—which lists names such as Frank Dukes, Ludwig Göransson, Babyface, Teddy Geiger, Nile Rodgers, Greg Kurstin, and Murda Beatz—have been honored with Spotify’s “Secret Genius” award, which launched in 2017.

“We’re hurt and disappointed,” the letter reads. “You created a songwriter relations team and ingratiated Spotify into our community. We know that you are not the only DSP appealing the Copyright Royalty Board (CRB) rate determination. You are, however, the only provider that made us feel we were working to build a modern music industry together.”

“Now, we can see the real reason for your songwriter outreach. You have used us and tried to divide us but we stand together.  Our fight is for all songwriters: those struggling to build their career, those in the middle class and those few who have reached your Secret Genius level. But none of us are ‘secret!’ WE all create the ONE thing you sell… songs.”

Read the letter in full below: 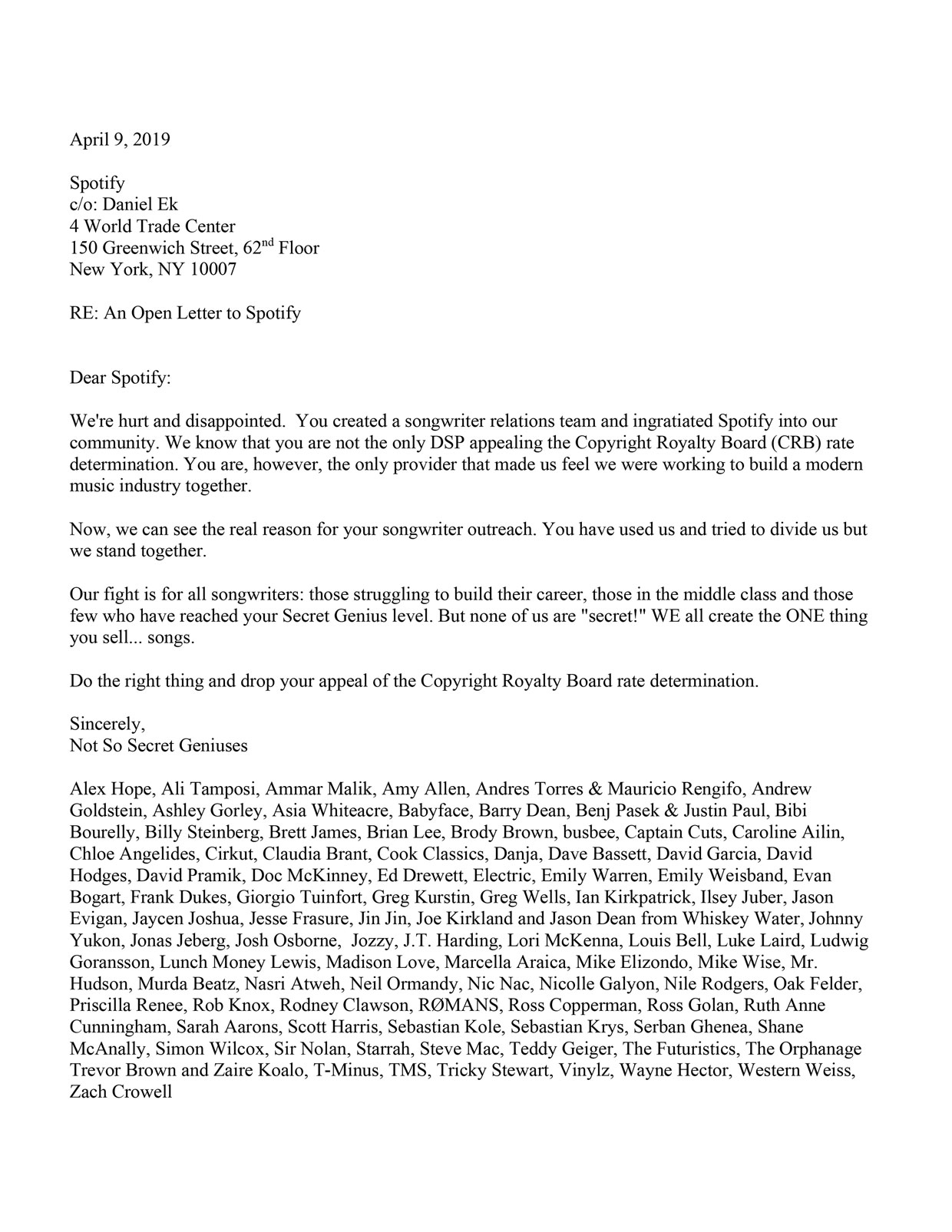 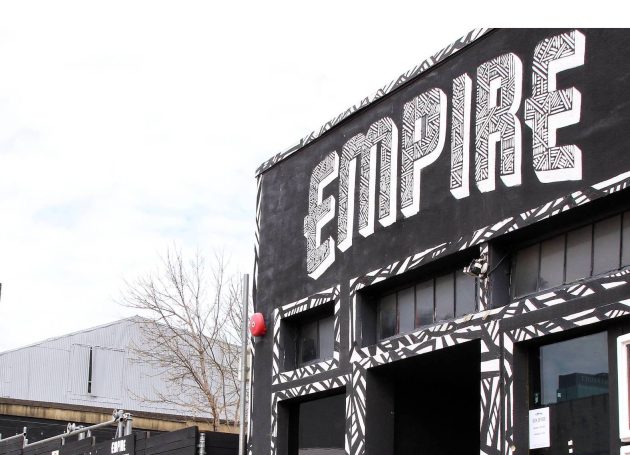