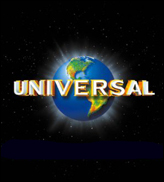 LONDON (Hypebot) – In the first half of the year, Universal Music Group’s revenues of € 2,044 million grew 4.9% at constant currency which meant a 2.4% decline in actual currency compared to the same period last year. This reflects a 33% increase in digital sales, growth in music publishing and merchandising following the 2007 acquisitions of BMG Music Publishing and of Sanctuary all of which offset lower physical sales.