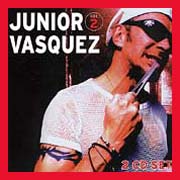 New York's dance clubs are very competitive, but Exit II, located in New York on West 56th Street between 11th and 12th Avenues, may have raised the bar a bit higher. The new $8 million club will boast of an unheard of $4 million custom-made DJ booth–the ritziest in clubdom.

The DJ is the one and only Junior Vasquez, who has been spinning vinyl in Manhattan since 1989 at the Sound Factory, which turned into Twilo eight years later. He has also remixed records by Madonna, Cher, Whitney Houston, Mariah Carey and Cyndi Lauper, to name a few.

The DJ booth will rest on hydraulic lifts so Vasquez can see the three-tiered club from various elevations. The booth, which will be designed by his friends Dolce & Gabbanna, is almost like a mini-club in itself with a separate VIP lounge for his guest list, a sink and a snack counter.

The club also has 16 plasma TV screens, waterfalls, a house florist and a professional kitchen.

DJ Junior Vasquez can make about $90,000 a night spinning his web of music; the club charges a $30 admission and can hold 5,000 people, and then some enter when others leave. Owner David Marvesi projects that the clubgoers are spending between $40-$50 a piece at the club. Vasquez has exclusive rights to the booth and a regular Saturday night party dubbed "Earth."