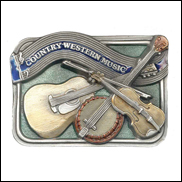 NASHVILLE, TN (Hypebot) – Here at Hypebot, with how immersed Bruce and I seem to keep ourselves in the blogosphere and technology trends in general, it can be almost a shock to learn that only 50% of core country music fans have access to the Internet. I mean, honestly, without blogs, I wouldn’t know how to start my day.

Furthermore, 42% of those surveyed also said that they have no desire to remedy the situation, citing cost and concerns over content as reasons they decided to stay offline. Leaving Nashville in a rather awkward situation, wherein, for now, they simply couldn’t sustain business through only digital sales.

While these percentages paint an interesting portrait of the country music scene, what would make an even more intriguing proposition is if you took the market segment that remained without Internet and tracked their spending on music over the last five years to see how closely it related to those whom had access.

Such data could be helpful in finding out whether or not file-sharers within country music actually spend more money on music or less. As well as, if over that five year period, those whom were without Internet had gradually decreased their spending on music due to other, unrelated circumstances. – Kyle Bylin, Associate Editor (Hypebot)