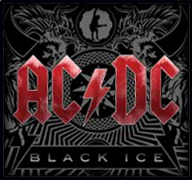 NEW YORK (CelebrityAccess MediaWire) — Veteran rock outfit AC/DC's latest album "Black Ice" is doing some big numbers and may be on track to an impressive tally of 800,000 units sold for the first week.

The album, which appears to have sold about 193,000 copies on its first day, is being exclusively sold through Wal-Mart and Wal-Mart operated Sams Club. Wal-Mart is also selling the album online through their website, Billboard reported. The retailer has also set up "pop-up" stores in high profile locations such as New York City's Times Square where the retail giant unveiled the album on Saturday. The pop-up stores also cross-promote the new "Rock Band" video game, which features a track from AC/DC's new album. Wal-Mart has also employed "Black Ice" trucks to rove around the city promoting the album and serving as mobile retail locations.

AC/DC join a growing list of artists with baby-boomer appeal that have chosen to circumvent the usual distribution system and shop their wares directly to Wal-Mart, betting on the low prices (the album will cost you $11.88) and availability for impulse purchase by consumers. The Eagles, Garth Brooks, and Journey have found success with a their most recent studio albums and last summer, reports surfaced about Irving Azoff negotiating with the retailer over the forthcoming Fleetwood Mac release. Some observers have expressed concern about the artists sacrificing a certain cachet of cool by being distributed by a store like Wal-Mart but the sales figures appear to demonstrate that such fears were unfounded.

Black Ice is AC/DC's first studio album in almost a decade and the band will be hitting the road for an extensive tour, starting on October 21st in support of their latest release. – CelebrityAccess Staff Writers