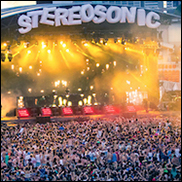 
The news means none of the “big four” Australian touring festivals — Big Day Out, Soundwave and Future — will take place in 2016.


Organizers have announced Stereosonic will go on “hiatus” this year, though a “bigger and better” show is expected to return in 2017.


In a statement posted Thursday on its website, Totem Onelove Group said it is “currently working on bringing Stereosonic fans the best festival experience possible. As part of this, we are taking a hiatus during 2016. However, we will return in 2017, bigger and better. We will see you soon.”


Question marks have hung over Stereosonic since the full scale of SFX’s woes became public knowledge. Robert Sillerman’s EDM promoter recently filed for Chapter 11 reorganization in order to restructure its debt, following a rocking period in which SFX has endured multiple management changes, suffered from liquidity problems, seen its stock plummet, delivered late royalty payments to labels and been targeted by a lawsuit against Sillerman.


SFX announced in October 2013 it had bought Totem OneLove Group Pty Ltd for a reported $75 million, raised from a stock market flotation. Richie McNeill, managing director and founder of Totem OneLove Group, said at the time: “Our vision is global and the SFX team will help us achieve that and we will work to help SFX’s other entities grow here in our territory, Australia and Asia."


Stereosonic began in Melbourne in 2007 and expanded to a five-city trek, visiting Sydney, Melbourne, Brisbane, Adelaide and Perth. Ticket sales for its 2012 shows were reported at 194,000. The following year expanded to a two-date format and its popularity hit a new high, with more than 280,000 tickets sold across its five dates.