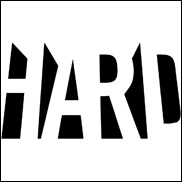 According to the Los Angeles Times, Solis said she will ask the board Tuesday to explore the prohibition until a full investigation into the EDM events can be done.

The two victims, both women — one 18 and one 19 — were found unresponsive at the festival, which took place at Fairplex in Pomona on Saturday and Sunday.

On Monday, Live Nation spokesman Victor Trevino said one woman suffered a cardiac arrest and the other died from a possible seizure.

"The cause of death is still under investigation,” Trevino said in a press statement. “We extend our deepest sympathies to their families and friends."

Insomniac Events, the Live Nation owned company that produces the Hard Summer festival, was forced to move their Electric Daisy Carnival festival from Los Angeles Memorial Coliseum to Las Vegas after a 15-year-old attendee died after taking the drug ecstasy at the event in 2010, leading to the city calling for a moratorium on all scheduled EDM events pending the outcome of the new security and safety provisions. – Staff Writers