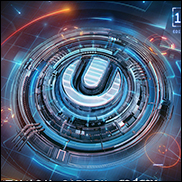 MIAMI (CelebrityAccess) — Increased security efforts at Miami's Ultra Music Festival appear to be bearing fruit, after Miami police reported a decrease in overall arrests a the event this year.

This year, Miami police reported 67 arrests over the course of the three-day festival, down from 76 last year. However, police made 29 felony arrests, up from 20 the previous year.

According to the Miami New Times, the most common offense was possession of MDMA, with 15 people arrested for the crime, up from the previous year. Other arrests included indecent exposure, operating business without a license and other drug-related charges.

One man, Virginia resident Adam C. Levine died after attending this year's Ultra, with an obituary in RestonNow.com reporting that he died of complications following a seizure. An official cause of death hasn't yet been released by the Miami-Dade County medical examiner.

"We don't have many details, but we can tell you that our security personnel noticed he was having difficulties and immediately called Miami Fire-Rescue to get him medical attention. From what we have been told, paramedics initiated medical treatment and transported him to Jackson Memorial Hospital," former Miami Beach Police Chief Ray Martinez who served as the festival's head of security said in a statement to the Miami New Times.

As well, Metromover supervisor Carl Lee Wilt has been arrested and charged with sexual assault after he admitted to raping an unconscious woman in a utility closet. The woman had reportedly attended the music festival.