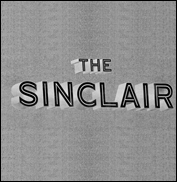 BOSTON (CelebrityAccess MediaWire) — New York City-based The Bowery Presents is preparing for the launch of a The Sinclair, a new concert venue in Boston.

Located in the site of the former AMC Loews movie theater in Harvard Square, The Sinclair will be a 525 (1o4 seated) capacity club that will host about 200 shows a year. The site has been undergoing significant remodeling and the venue will also include two dining rooms and a patio that will be open seasonally.

The new venue is on track for an October opening and shows already on the books for the Sinclair include The Meter Men with Page McConnell, David Wax Museum, Roky Erickson, Chadwick Stokes & Friends, The Asteroids Galaxy Tour, Andrew Jackson Jihad, Converge, The Dirty Guv'nahs, TITLE FIGHT and Patrick Watson. – CelebrityAccess Staff Writers