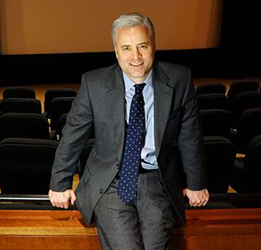 On Monaco's watch, global synch revenues were up by double-digit increases in the past year, with successes including the most spots by a music publisher during the live broadcast of Super Bowl 50 and the licensing of the iconic Beatles song catalog for the children’s animated series Beat Bugs, which launched globally on Netflix in August as well as the first-ever placement of a Beatles song (“Hey Jude”) in a Chinese movie (coming-of-age film Yesterday Once More).

Recently, Monaco also signed a deal with Coca-Cola to supply lyrics for 50 of the 75 songs featured in the brand’s “Share a Coke and a Song” campaign, while his division secured a placement of 19 songs in the upcoming Universal Pictures animated comedy Sing.

Not wanting to kill the goose that laid the proverbial golden egg, Monaco will continue to head up the company's sync operations, as well as look to develop new business opportunities for the publisher.

Monaco joined Sony/ATV in July 2012 as EVP, Commercial Music Group following the acquisition of EMI Music Publishing by a consortium led by Sony/ATV, and recently held the position of Executive Vice President, Worldwide Head of Advertising, Film & TV. This year, Monaco was recognized as one of Billboard’s 2016 Branding Power Players.