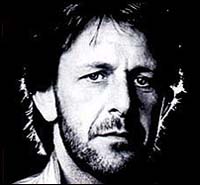 (CelebrityAccess MediaWire) — Carl Wayne, the lead singer of The Move in the 1960's and later a member of The Hollies in 2000, died of cancer on August 31 at his home in Birmingham, England at age 61. He had hits with Flowers in the Rain, the first song to be played on BBC Radio 1 when it began in 1967, and I Can Hear the Grass Grow.

Before joining The Move, Wayne formed Carl Wayne & the Vikings, which recorded six songs. The Move was more famous for members Roy Wood and Jeff Lynne, who replaced Wayne as lead vocalist. Wood and Lynne then went on to form Electric Light Orchestra.

Wayne's death came quite unexpectedly to The Hollies, which has planned a fall tour with him part of the group. "We are shocked by it because we didn't expect it to be so sudden," the group's manager Jimmy Smith told the BBC Radio WM, where Wayne was also a presenter. "We have got a tour in the autumn and he was looking forward to coming back and joining us.

"The Hollies and the world of music have lost a shining star, a true professional," The Hollies' drummer Bobby Elliot said. "It is a very sad day for the band. Our thoughts and prayers go out to his wife Susan, son Jack and all of his family. Carl was one of the music business's great characters. He was a fearless performer and a powerhouse singer. It has been an honour to work with him. I shall remember his five years with The Hollies with great pride and affection." –Bob Grossweiner and Jane Cohen