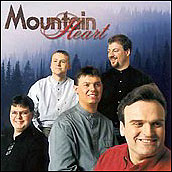 (CelebrityAccess MediaWire) — Mountain Heart, which is nominated for five awards by the International Bluegrass Music Association, is taking their brand of turbo-charged bluegrass music to South America. They will perform in the capital cities of Montevideo, Uruguay and Asuncion, Paraguay.

The concerts are the result of an invitation from the U.S. Embassy in Uruguay in an effort to introduce a genre of music born in the United States to the people of South America. "Bluegrass music is seldom heard in this part of the world," said Amanda Cordones, cultural affairs specialist, public diplomacy, at the U.S. Embassy in Montevideo. This is a wonderful opportunity to let the people of Uruguay and Paraguay hear the very essence of American music performed by a world-class music group such as Mountain Heart."

From September 3-5, Mountain Heart will perform at the annual Agro Industrial and Commercial
Prado Fair at Plaza Prado in Montevideo, an event that draws over 300,000 people during its 12-day run. The Central Cultural Department in Paraguay, responsible for promoting the arts, took advantage of Mountain Heart's plans to perform in Uruguay and asked that they extend their trip to the north. On September 7 they will perform at an invitation-only event at Teatro del Banco Central in Asuncion.

"This is our first trip as a band to South America," said Steve Gulley, the group's co-founder, tenor vocalist and guitarist. "We're honored to represent the United States and bluegrass music to a lot of people who probably have never heard of us before. Hopefully they'll all walk away as bluegrass fans."

Mountain Heart was formed in 1998 by Gulley and banjoist/vocalist Barry Abernathy, both of whom were formerly part of Doyle Lawson & Quicksilver. Mandolin player Adam Steffey, who previously played with Alison Krauss and Union Station, fiddle player Jim VanCleve, also formerly of Doyle Lawson & Quicksilver, bassist Jason Moore and guitarist Clay Jones complete the group. The band received the 1999 IBMA Award for Emerging Artist of the Year. They released Force of Nature, their second CD for Skaggs Family Records, in May 2004. –Bob Grossweiner and Jane Cohen