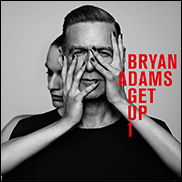 NEW OLREANS (CelebrityAccess) — Following the example set by Bruce Springsteen, Canadian artist Bryan Adams announced that he was cancelling a show in Mississippi after the state passed a 'religious liberty' bill.

The bill, signed into law this month by Mississippi governor Phil Bryant, is intended to protect people who refuse to serve others on the basis of a religious objection to same-sex marriage, transgender people, or extramarital sex from government punishment. However, critics of the bill have said that the law effectively legalizes discrimination.

Adams announced the change in tour plans in a post on his Instagram. In a message that appeared alongside of a photo of a rainbow, Adams wrote:

Mississippi has passed anti-LGBT ‘Religious Liberty’ bill 1523. I find it incomprehensible that LGBT citizens are being discriminated against in the state of Mississippi. I cannot in good conscience perform in a State where certain people are being denied their civil rights due to their sexual orientation. Therefore i’m cancelling my 14 April show at the Mississippi Coast Coliseum. Using my voice I stand in solidarity with all my LGBT friends to repeal this extremely discriminatory bill. Hopefully Mississippi will right itself and I can come back and perform for all of my many fans. I look forward to that day.

On Friday, Springsteen canceled a Sunday show at Greensboro Coliseum in North Carolina, in reaction to a similar piece of legislation in that state. ‪- Staff Writers