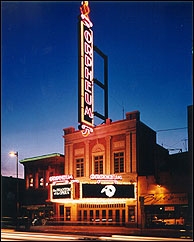 MINNEAPOLIS, MN (CelebrityAccess Staff Writers) — The Minneapolis City Council has approved a 30-year proposal for the future of their landmark Hennepin Avenue theaters – the State, Orpheum and Pantages.

The council voted 9-2 on April 15th to allow the city to negotiate a contract with the Hennepin Theatre Trust, the Historic Theatre Group and Clear Channel Entertainment for operation and eventual ownership of the three city-owned playhouses, according to the Minneapolis Star-Tribune.

Under the agreement, CCE will take on the $22 million in outstanding debt on the theaters and be responsible for refurbishments. The non-profit Hennepin Theatre Trust — not Clear Channel — will own the venues at the end of the 30 years if all obligations are not met.

Following a year of controversy and debate on the issue, the vote came with objectors and concerns. Council Member Dean Zimmermann and President Paul Ostrow voted no.

“It’s a little bit sad to me that we will be seen as the group that sold these out to the multinationals,” Zimmerman told the paper.

The city will now begin negotiating an actual contract as outlined by the proposal.

Council Member Lisa Goodman told her colleagues, “We will look back on this decision with incredible pride, I promise you that.” –by CelebrityAccess Staff Writers