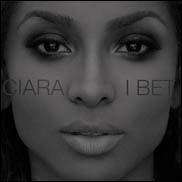 AUCKLAND, NZ (CelebrityAccess) — Singer Ciara has canceled a concert set for March 3rd in Auckland after a rocky start to her brief tour of New Zealand last week due to an apparent dispute between her US booking agent, the show's New Zealand promoter and another agency.

"Due to false booking contracts and mislead (sic) information from the artist booking agent Australian representative Sin City Group, Castor & Ford the promoters of the Auckland Ciara show, are announcing that they must cancel the Auckland show due to fraudulent contracts from the booking agent. They would like to apologise for the inconvenience, and full refunds will be made from Dash tickets.

"The artist booking agent Australian representative Sin City Group, have sold shows to Castor & Ford, and various Australian promoters fraudulently, and have not only taken the promoters money for these shows, but have failed to inform the artist of her venues, her meet and greets and her performance lengths. This has caused significant issues for the promoters, and the fans alike. Again, we apologise for the inconvenience this has caused both Ciara, and her fans."

Ciara had similar troubles with two earlier shows in New Zealand. She was scheduled to perform at Christchurch's ILAM Fields on Feb. 18, but took to the stage almost two hours late and performed for just five minutes according to the New Zealand Herald. A second show on Feb 19th at Wellington’s Te Rauparaha Arena also started late with Ciara performing for just 20 minutes. She also skipped on a number of meet & greets that had been sold as part of a premium ticket package at both shows.

Viliamu Leuga, general manager of promoter Castor & Ford Agency said that an Australian promoter Sin City had misrepresented the contract for the show

"The promoter sold us the shows with certain things in our contract including 50 meet and greets – ticket holders that could meet Ciara," Leuga told The NZ Herald.

"Unfortunately when Ciara landed her management said it was never in the contract that she agreed to with the booking agency HR [Heavy Rotation]."

A rep for Sin City could not be reached for comment. – Staff Writers