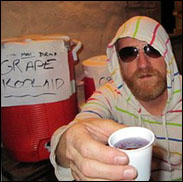 (Hypebot) – As a songwriter Pandora paid me $16.89* for 1,159,000 play of “Low” last quarter. Less than I make from a single T-shirt sale. Okay that’s a slight exaggeration. That’s only the premium multi-color long sleeve shirts and that’s only at venues that don’t take commission. But still.

Soon you will be hearing from Pandora how they need Congress to change the way royalties are calculated so that they can pay much much less to songwriters and performers. For you civilians webcasting rates are “compulsory” rates. They are set by the government (crazy, right?). Further since they are compulsory royalties, artists can not “opt out” of a service like Pandora even if they think Pandora doesn’t pay them enough. The majority of songwriters have their rates set by the government, too, in the form of the ASCAP and BMI rate courts–a single judge gets to decide the fate of songwriters (technically not a “compulsory” but may as well be). This is already a government mandated subsidy from songwriters and artists to Silicon Valley. Pandora wants to make it even worse.

Here’s an idea. Why doesn’t Pandora get off the couch and get an actual business model instead of asking for a handout from congress and artists? For instance: Right now Pandora plays one minute of commercials an hour on their free service. Here’s an idea! Play two minutes of commercials and double your revenue! (Sirius XM plays 13 minutes and charges a subscription).

I urge all songwriters to post their royalty statements and show the world just how terrible webcasting rates are for songwriters.

The revolution will not be webcast.

** Also I am also paid a separate royalty for being the performer of the song. It’s higher but also quite lame. I’ll post that later this week.