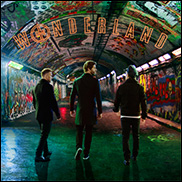 LONDON (VIP-NEWS) — A fan has paid £1.1 million to have Take That play a private show for them, in an auction for Children In Need.

Elaine Fairfax, from London, placed the winning bid after another fan doubled her previous offer of £500,000, live on Chris Evans` Radio 2 breakfast show.

"Oh my God," said Gary Barlow, upon being told the news by Chris Evans.

The businesswoman, who made her fortune by setting up a pet insurance firm, will now receive a 45-minute, one-off performance from the band.

"We`ll come and sing to you, have a drink with you, have selfies, see your friends, meet your mum and dad," said Barlow. "Whatever you want us to do, we`ll do it.

"Try and get rid of us. You`ll be pushing us out the door by the end of it".

The proceeds will go to Children In Need, which stages its annual telethon on Friday.

It is the first time Take That have performed a private show for a competition winner since the start of their career.

"The last time we did something like this was in 1991 for Jackie magazine," said Barlow.

The prize was orchestrated by Chris Evans, who suggested the idea to Barlow in an email a few days ago. He phoned his bandmates Mark Owen and Howard Donald, and they had agreed to take part within four minutes.

"This is a charity we all love," said Barlow, who has previously organised the fundraising Children In Need Rocks concerts at the Royal Albert Hall.

Earlier this year, the singer surprised a mega-fan by turning up unannounced at her 40th birthday party in Maidstone, Kent.