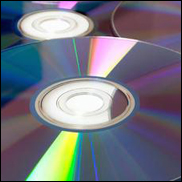 
The third largest music market, according to IFPI, is Germany, which — continuing a now-annual trend — once again switched places with the United Kingdom, which falls to No. 4. Music sales in Germany totaled $1.37 billion (up 1.1% year-on-year) in 2013, while recorded music revenues in the U.K. totaled $1.30 billion (up 2.2%).


As reported in IFPI’s 2014 Digital Music Report, published Mar. 18, trade revenue generated by the global recorded music industry in 2013 fell by 3.9% to $15.0 billion, down from $15.6 billion the previous year (adjusted to the 2013 exchange rate). Falling music sales in Japan, the world’s second largest market and responsible for over a fifth of global record sales, was a major factor in the global slump. Excluding Japan, the global music market was broadly flat in 2013, falling by 0.1% compared with the previous year.


The “Recording Industry in Numbers” report also provides detailed insight into the growth and contraction of emerging markets across Latin America, Africa, and Asia. While historically these have been seen as marginal or non-existent markets for record labels to generate substantial revenues, the adoption of digital and streaming services is helping to drive growth in countries like Argentina and South Korea, while other countries, like South Africa, Brazil and Mexico, experienced falling revenues from music sales.

Music sales in Latin America, for instance, grew by 1.4% in 2013, with digital accounting for 35% of overall revenues. The region’s dominant markets — Brazil and Mexico — jointly account for 70% of recorded music income in the region, although both markets experienced a fall in 2013. Music sales in Brazil totaled $228 million (down 1.7% on the previous year), while the market in Mexico fell by 4.4% to total $135 million.


China, which has the largest number of internet users in the world, remains a country of huge potential rather than huge rewards. Ranked No. 21, music sales in China totaled $82.6 million in 2013, down 12.4% year-on-year. South Africa, the continent’s leading music market, also slipped in 2013, falling 11.7% to total $63 million.


Elsewhere, recorded music revenues in Europe returned to growth for the first time in 12 years, increasing by 0.6% to total $5.4 billion.


“The broad picture that emerges is of an extremely diverse industry,” says Frances Moore, IFPI chief executive in a statement accompanying the report. “Most of our major markets have stabilized, digital continues to grow, revenue streams have diversified and we are starting to deliver on the huge potential in emerging markets. Against this, there were sharply declining revenues in Japan, a market which accounts for one-fifth of global revenues and is right at the start of its digital transition. Yet the difficulties in one market, however large, should not divert us from a broader story of digital opportunity,” Moore went on to say.