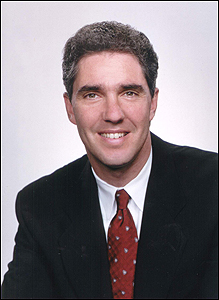 After months of industry reports, it is now official. Mitch Slater, CEO/president of Slater Entertainment, has acquired
Metropolitan Entertainment Group from Covanta Energy Corporation, which will have equity participation in the venture.

Metropolitan Entertainment, founded in 1971 by industry veteran John Scher, is the exclusive presenter
of concerts and events at such venues as New York's Hammerstein
Ballroom, Darien Lake Performing Arts Center, Baltimore's Pier 6, The New
Jersey Performing Arts Center, The Sovereign Center in Trenton, NJ, Scranton Cultural Center, and major arenas and theaters nationwide. Slater told CelebrityAccess that Montage Mountain was not included in the sale. The Slater Group is a private investment company with equity holdings in a variety of entertainment based companies.

"Metropolitan has had a long rich history of presenting great events," says Slater. "The current
concert industry is very competitive and I recognize the great challenges
ahead for myself and my fellow co-workers at Metropolitan."

"We're very pleased to have concluded this agreement with Mr. Slater," said
Scott Mackin, president/CEO of Covanta Energy Corporation (formerly
Ogden Corporation). "He has been a stellar promoter of concert events and
an established player in the broader music industry, and I'm confident he will be able to successfully build on the excellent foundation in place at
Metropolitan. We're also pleased at the opportunity the agreement provides
to have equity participation in the new venture."

Slater was previously the executive vice president at SFX Entertainment,
now Clear Channel Entertainment. He was responsible for the building and
management of the SFX worldwide music division. Prior to that, he
was a partner in DelsenerSlater enterprises, the largest regional concert
promotion company nationwide.