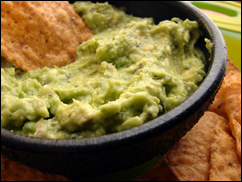 NORMAN, OK (CelebrityAccess) — Musician Jack White is the latest artist to join the ranks of performers with leaked hospitality riders after a copy of a document purported to be White's rider was leaked by a student newspaper ahead of his performance at the University of Oklahoma on Feb. 2.

The rider revealed the tour's surprisingly specific preference for homemade guacamole dip, even going so far as to include a recipe.

The rider also stipulated that the venue was to be entirely banana free.

“Seriously. We don’t want to see bananas anywhere in the building,” read the contract.

White's management issued a statement on White's website after the breach, noting that the artist didn't write his own rider and taking the school to task for the leak.

"The incidents with the OU Daily student newspaper reporting the financial terms of the show, the private tour rider information, along with unsolicited photographers from their staff were unfortunate, unprofessional, and very unwelcoming. The show was one of many on this tour directed at playing for university students in their own environment. And the band were all completely thrilled with the performance and the crowd.

“Incidentally, the most important function of a rider is that it lays out optimal technical specifications to ensure the audience has the best experience possible. For that, Jack hires a team of very qualified touring professionals who write the rider and attempt to execute a professional and pleasant experience for all involved. Part of that is making sure that the tour personnel of about 30 people plus the local venue staff are fed. Contrary to what some believe, Jack doesn’t write the rider nor make demands about his favorite snacks that must be in his dressing room. We’re not even sure he likes guacamole but we do know that the folks who work hard to put on the show do enjoy it."

For your edification, here's how Jack White's tour crew likes their guac.

Jack White’s Tour Rider Guacamole
8 large, ripe Haas avocados (Cut in half the long way, remove the pit — SAVE THE PIT THOUGH — and dice into large cubes with a butter knife. 3 or 4 slits down, 3 or 4 across. You’ll scoop out the chunks with a spoon, careful to main the avocado in fairly large chunks.)
4 vine-ripened tomatoes (diced)
½ yellow onion (finely chopped)
1 full bunch cilantro (chopped)
4 Serrano peppers (de-veined and chopped)
1 lime
Salt & pepper to taste