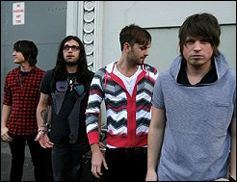 LONDON (CelebrityAccess MediaWire) — The Kings of Leon are set to play what may prove to be their biggest gig to date, this summer when they put in an appearance at London's Hyde Park on June 30th.

According to Billboard, the Live Nation-promoted gig might draw as many as 50,000 fans.

The Kings have had a strong year, still riding on the success of their latest release "Only By The Night" which has sold over six million copies, according to Sony. The band also netted a Grammy nod for the song "Use Somebody" and have secured a headliner slot at this year's Bonnaroo.

"It's a great honor to be playing Hyde Park," said Kings guitarist Jared Followill in a statement. "It's something that a band can only dream of; to be put in the same category as the groups that have played before us is just unbelievable." – CelebrityAccess Staff Writers