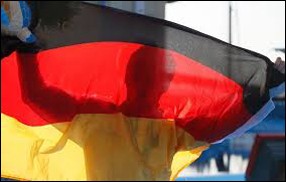 NUMBERG, Germany (VIP NEWS) — The German live entertainment market had a dramatic decline in income in 2012 as industry-wide ticket sales fell 16% from four billion euros in 2011 to 3.3 billion euros


in 2012 and audience numbers contracted by 9% to 30.1 million according to a study released by market research firm GFK in Nuremberg.


The report, which surveyed 3,000 consumers, is part of a study of the live entertainment market commissioned by the German Federal Live Entertainment Industry Association (BdV).


Among the sectors with the most precipitous drops were classical music concerts (down 32%) and musicals (down 19%). In addition, fewer concerts took place featuring major international pop and rock stars.


"Lower sales do not necessarily mean less profit,” Professor Jens Michow, President of the German Live Entertainment Industry Association, told Billboard. “Two tours inevitably generate more sales than one. But at least theoretically, one successful tour will generate more profit than two, if they’re making a loss. Concerts with very high prices are being shunned by the public. This explains the decline in sales. In 2012, there were fewer tours with expensive top international productions compared to 2011. But the German live entertainment market is still the No. 1 in Europe and internationally No. 4."


Some German concert promoters disagreed with the association's pessimistic assessment. Peter Schwenkow, CEO of DEAG, in Berlin told Billboard that, "2012 was a fantastic year for us with growth of around 25%, underpinned by stars such as Jennifer Lopez, David Garrett and Anna Netrebko.” Schwenkow says he expects further growth of around 25% again in 2013 with artists such as Fleetwood Mac, Andrea Bocelli, The Piano Guys and Neil Young, Pink Floyd’s “The Wall,” and Springsteen in Switzerland and a new office in Austria. DEAG sells some three million tickets per year for tours and as a local promoter with rising ticket sales via Ticketmaster."


While Marino Menichelli, owner of the concert agency Menichelli, agreed with the reports findings. ”Smaller events of certain categories such as musicals, classic, hardrock/heavy metal are decreasing,” he said. “The consumer is bombed by concerts from expensive international acts, organized by the top five or six promoters in Germany. Therefore there is only small space – money and time – for smaller events. We do not build up artists and acts anymore.” Menichelli represents acts such as disco legend Gloria Gaynor, German rock singer Jeanette, Italian stars Richi + Poveri, Toto Cutugno and English singer Sarah Brightman.


The Deutsche Musikinformationszentrum (MIZ) (German Music Information Center) in Berlin is an institution set up by the Deutscher Musikrat (German Music Council), to which all music associations belong. In its annual report for 2012 the MIZ stated that although total audience figures for classical music had decreased in nearly all genres in recent years, this by no means reflected a decline in public interest, but a reduced number of events on offer.