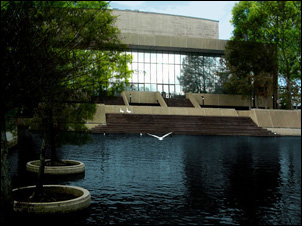 NEW ORLEANS (CelebrityAccess MediaWire) — More than three years after Hurricane Katrina shuttered many venues in New Orleans. Mahalia Jackson Theater reopened its doors this January 2009 to a “triumphant return” according to their website.

Under the leadership of Mayor C. Ray Nagin, combined with the efforts of the City of New Orleans Chief Administrative Office and the Capital Projects Group, funding was finally secured and construction began in April 2008 on the Mahalia Jackson Theater. The grand reopening in January 2009 is only as a result of the bold efforts of Mayor Nagin, the New Orleans City Council, hundreds of City Staff, contractors, workers, and artists that have tirelessly dedicated themselves to this project.

The theater was a rebuilding priority for the city. Katrina had done signifcant damage to the building, including basement flooding that damaged equipment like orchestra lifts.