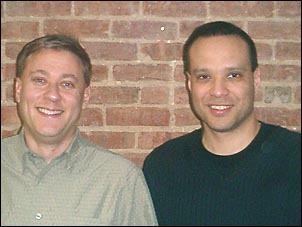 Monterey Peninsula Artists (New York) is moving since their current building was bought and is being converted to residential space. Joe Brauner told CelebrityAccess "The new owners made it worth our while to move,” and “we won’t have to be inconvenienced by construction, noise, etc. We're very excited to be two blocks closer to/from Penn Station!!" Both Brauner and Mario Tirado use the Long Island Railroad.

The move is scheduled for March 20-21 when the offices will be closed, and they will occupy the much larger space on March 24. The new address is 166 Fifth Avenue, 4th floor, New York, New York 10014-5909. The telephones/faxes and emails remain the same forMario Tirado, Joe Brauner, Brad Saks and Maggie Poulos.