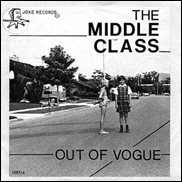 The New Paradigm, I wrote about what I see as "The Rise Of The New Musical Middle Class" some learned Hypebot readers questioned my premise and a healthy debate

followed. Join the debate and tell us what you think.

Glenn @ Coolfer – "…I'd be more prone to call it a growing

lower-middle class. There is an absolute glut of music online…As

the audience becomes more fractured, each player's piece of the pie

shrinks… As for increased loyalty, that will depend on the band's

use of customer relationship tools. I believe success can be as

chew up and spit out bands at record rates…"

in the organic growth of bands like Hot Buttered Rum and

Toubab Krewe – neither of whom have never had real record

I also see it in former "label bands" like Over The Rhine.

fit anywhere neat in terms of radio or other media.

But by continuing to make quality music and using all the Music 2.0

tools, they can hold on to and grow their fans base and make a

Mike @ Radio Nowhere – "The Rise of the Musical Middle Class has

been imminent for a few years now, but it's starting to seem like

it's going to be permanently just around the corner.

chart their own course, these bands almost always seem to be acts

old system before they opted out of it. Your mention of Over The

Rhine is a good example.

on it), but just because the technology for Music 2.0 is here

doesn't necessarily mean that the economics of the situation have

changed. The theory makes sense, but in practice, the money and

attention that talented musicians need to break out of obscurity

still seems to be in short supply.