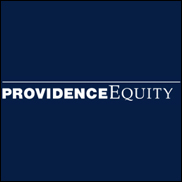 SAN ANTONIO (CelebrityAccess MediaWire) — The prospects of Clear Channel completing a proposed private equity buyout have become a even less likely as one of the banks that had agreed to finance the deal has been sued by the private equity fund that was lining up to purchase a chain of 56 television stations from Clear Channel.

According to a report in Bloomberg, private equity fund Providence Equity Partners has launched suit against Wachovia to attempt to force the bank to make good on the $1.1 billion that had been pledged to fund in part, the purchase of Clear Channel Communications.

A spokeswoman for Wachovia, Christy-Phillips Brown claiming that the suit was without merit and that Wachovia would defend itself with vigor.

"Wachovia acted professionally and appropriately at all times throughout this process," Bloomberg reported her as saying "Wachovia is a significant participant in the leveraged finance business and has honored its commitments and made new commitments during this market disruption."

The proposed buyout has been the focus of a number of lawsuits, including Clear Channel suing Providence, alleging "foot dragging" in the deal. The sale of their television holdings is one of the regulatory hurdles that the conglomerate must clear in order to complete the $19 billion Clear Channel buyout in the works with Bain Capital.

A motion for an expedited trial was granted and proceedings are anticipated to start during the week of March 24th. – CelebrityAccess Staff Writers