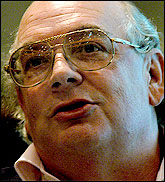 (CelebrityAccess MediaWire) — Sanctuary Group has warned investors that it is facing an adjustment in its financial results as it initiates a review of its accounting policies.

In a trading update issued this past Friday to the London Stock Exchange, the independent music firm said it would likely make some changes to its accounting policies which “may give rise to prior year adjustments,” “alter its methods of estimation in certain areas” and give rise to exceptional items in its annual results for the year ending September 30th, according to Billboard.biz.

Sanctuary said that while the impact is still to be determined, the effects of the changes couple with the difficult trading environment would “alter the balance sheet significantly.” The group will likely report net liabilities in its balance sheet.

Sanctuary’s directors are currently involved in ongoing talks with its auditors, Baker Tilly, on the impact of the accounting changes.

The London-based company confirmed a review of its business in June and has since undertaken a cost reduction program, which has seen roughly 150 staff shed from its operation worldwide.

“Our aim in undertaking the review is to reposition Sanctuary for a return to profitability and sustainable long-term growth in future years,” Sanctuary executive chairman Andy Taylor said in a statement.

“Whilst this process has been very painful for staff and shareholders,” Taylor added, according to Billboard.biz, we continue to command gratifying support in the industry amongst artists and trading partners.”

Sanctuary recently resigned rock legend Morrissey, which adds some weight to Taylor’s comments. The former Smiths frontman is planning the follow-up to last year’s million-plus selling “You Are The Quarry,” which is expected to drop in 2006. –by CelebrityAccess Staff Writers