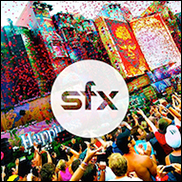 NEW YORK (CelebrityAccess) — EDM company SFK Entertainment revealed that they have developed a plan of reorganization with hopes of emerging from Chapter 11.

The company has prepared a reorganization plan that they hope will result in a significant reduction in their debt burden and stated that they expect to emerge from bankruptcy in October.

The post bankruptcy company would be privately held by debtor-in-possession financing lenders, together with certain pre-petition lenders, the company said in a financial filing.

As previously reported in CelebrityAccess, former AEG head Randy Phillips is expected to lead SFX following its emergencence for chapter 11. In the interim Michael Katzenstein, of FTI Consulting, Inc., is serving as the company’s interim Chief Executive Officer and Chief Restructuring Officer, Greenberg Traurig, LLP is serving as legal advisor and Moelis & Company is the Company’s investment banker.

The next step for SFX will be a hearing to formally approve of their disclosure statement on August 30th. – Staff Writers