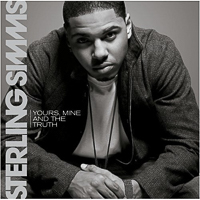 Based in Los Angeles, Simms joins Universal Music Publishing Group from Songs Music Publishing, where he served in a creative role for the last 2.5 years. In his new position, Simms will work closely with the company’s A&R team to identify, sign and develop talent for UMPG.

As a publishing exec, Simms has wored with artists such as DJ Mustard, Nelly, Mike Free, DJ AfroJack and Mike Taylor, Jeremih, and Trinidad James, among others. In 2006, he received a Grammy nomination for co-writing Marsha Ambrosius’ R&B hit, “Far Away.” Simms was also a featured artist on “Dig A Hole” recorded by Jay Z on his No.1 double platinum album, Kingdom Come.

“With a fantastic ear, enthusiasm and A&R skills, Sterling brings good energy to the team”, said UMP's Ethiopia Habtemariam, who will jointly manage him with David Gray. “I’m very happy he’s come to UMPG to help us build upon our already great success”.