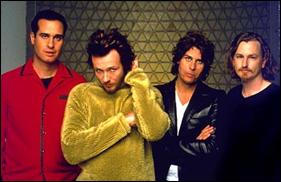 According to Capital News 9, approximately 2,000 of the venue's 5,000 seats were filled for the event, a concert by the newly-reformed band Stone Temple Pilots

"Our goal is always to sell out. Yes," said marketing director Jonathan Frost told Capital News 9. "There's only so much disposable money these days. Any time you can put 2,000 or 3,000 people into the building, that's the intent," added Councilman Jack Diamond.

Global Spectrum also staged a "block party" before the concert and the event drew approximately 300 people, Capital News 9 reported. The effort was hailed as a success.

"The plaza was full and everyone was having fun," Glens Falls Civic Center General Manager Jason Blumenfeld said of the event.

As for future events at the Glen Falls, the calendar looks a bit sparse, however an unspecified event was hinted at for September. – CelebrityAccess Staff Writers