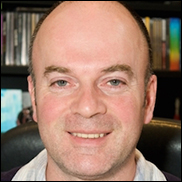 SYDNEY, Australia (VIP NEWS) — Veteran label executive Tim Kelly is back in the indie business.
The British-born, Australian based exec will join Inertia Music as managing director the company announced earlier this week.


In his new role, Kelly will oversee Inertia Music’s marketing, publicity, sales and distribution teams. He’ll report to the Inertia Group’s CEO, Colin Daniels, who says his incoming colleague has “an impressive history as a music executive and, most importantly to us, he has a love of independent music."


Earlier in his career, Kelly jointly founded and served as head of international at the prominent U.K. indie One Little Indian Records. He went on to become head of international at Rough Trade Records and managing director at Pinnacle Labels before moving to Australia in 1999.
Most recently, he served as GM marketing Asia Pacific with Sony Music Australia and as GM marketing at Universal Music Australia before that.


The Inertia Group provides a suite of services from touring to marketing and publicity, sales and distribution, film and television licensing, publishing and management for artists and record labels. Its group of companies include label services business Inertia Music, concert promoter Handsome Tours, artist management firm IE:Inertia and publisher Gaga Music. –According to Billboard