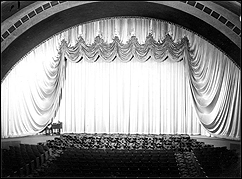 The group brings together members of the Independent Presenters Network of Touring Broadway Shows and the Performing Arts Centers Consortium, and will deal with concert promotion at select venues across the country, according to a press release. The joint organization will establish a cooperative effort in purchasing and marketing entertainment for the mutual benefit of its membership.

"The enthusiastic response from the TIPCON members is energizing as we come together to create a new and dynamic approach to our booking and marketing methods," said Gina Vernaci, president of TIPCON and Director of Programming for the Playhouse Square Center.

The group brought in 36-year music biz veteran Michael Farrell to head acquisition of talent and properties. His primary role will be to find and contact touring acts available for 1,500- to 3,500-seat theaters, and put together package proposals from interested venues for artists’ agents.

Farrell's work in the industry began at William Morris Agency in 1969, where he rose from a training program to Senior Agent in the music department. In 1981, Farrell co-founded the International Talent Group, where he represented such clients as Pink Floyd, Genesis, Robert Plant and Steve Miller. In 1997, he joined Agency for the Performing Arts, and eventually joined SFX/Clear Channel in 2000, where he handled U.S. Touring responsibilities until he resigned in 2005. Most recently, he served as agent to Phil Collins and booked his 2004-2005 U.S. tour as part of his own venture, Michael Farrell Talent.

“I am very excited to be part of TIPCON,” said Farrell. “This organization will clearly generate more opportunities for both artists and these venues, and give everyone involved the ability to create and implement more valuable touring properties.”

TIPCON will help smaller theaters stay on top of current touring acts that they would normally not have much contact with, by increasing communication about availability of venues and artists.

"There is a very united feeling among the group, whether it be for booking an artist, marketing or promotion. Collectively, there will be a network of information sharing," Vernaci told CelebrityAccess. "This is really true progress for the entire industry."