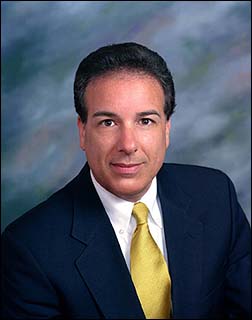 Bob DeSalvio, the casino's Executive Vice President of Marketing, made the announcement and told CelebrityAccess that Cantone's responsibilities now include casino promotions and the Wampum Club, in addition to entertainment-related activities. DeSalvio said that "Tom has been an integral part of the management team for four years, assisting Foxwoods in achieving its leading position within the gaming entertainment industry," and "In his new position, Tom will be responsible for a broad range of activities that are all designed to maximize visitation to Foxwoods."

Cantone, a veteran of the casino, entertainment, theme park and hotel/resort industry, is known as an innovator who has been widely credited with revolutionizing casino entertainment while working at Atlantic City, bringing in non-traditional acts to make their casino debuts. Since the beginning of this year at Foxwoods Cantone is already credited with breaking and debuting such artists as Macy Gray, Alicia Keys, India.Arie, Jerry Seinfeld and Robin Williams and the list goes on and on.

Cantone told CelebrityAccess "This is a unique place with a great group of team members that makes a difference," Cantone said. "I'm really pleased to be part of the number one gaming resort operation in the world."

In his new role, Cantone is also responsible for coordinating entertainment and promotion activities with other marketing areas, which include Player Development, Hosts, Advertising and Special Events.