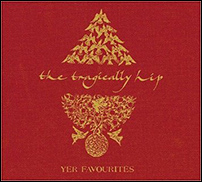 According to the CBC, all 17 of the band's album, including their debut EP to their most recent Man Machine Poem, have started selling, some breaking into the top ten. The band's 2005 greatest hits compilation "Yer Favourites" hit #1 on the charts, ahead of Frank Ocean's "Blonde." The album saw its totals rise by 238 percent, selling 17,000 physical and digital copies, or 28,000 album equivalent units inclusive of streaming plays, the CBC said.

Overall, the band's total album sales rose 157% from the previous week, Nielsen Music reported, while digital song sales were up 342% and online streams are up 185%.

The CBC, which broadcast and streamed the Hip's final performance, reported that more than 12 million unique viewers over the course of the show, averaging about 4 million users at any one time. To put these figures in context, the entire population of Canada is about 36 million. – Staff Writers