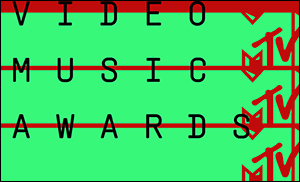 Ratings Are No Hit for MTV Video Music Awards

It was an unwatchable show. Unmoored from its previous iterations, wherein the audience was king and the acts were paying fealty, last night’s travesty was a mess wherein the acts got unlimited time to ramble and sing… Not only did Kanye get mic time, he got to debut his new video. I’ll argue the VMAs nosedived when Macy Gray advertised her new record was gonna drop on the back of her dress, but the lunatics have now taken over the asylum, it was all promotion all the time. And if Beyonce was that damn good, why were the ratings so piss-poor?

The VMAs used to be a tribal rite for not only the younger generation, but the country at large, the world at large, we lived in a monoculture and MTV was the heartbeat. If you made it on MTV you could tour the world, everybody knew your name.

Never has it been this bad, never has the industry lost touch with the mainstream to this degree since the Beatles. I’m not saying all the wannabes fighting on YouTube for attention deserve it, but I am saying the nation hungers for music with a bit more gravitas, a bit more quality, a bit more there there. Dancing is not music, and lip-synching is not vocalizing.

Meanwhile, Adele reached everybody. On “21.” Before she made a dash for cash with “25” and marginalized herself. That’s the Adele story, not how much money they made selling albums, but how she lost touch with the audience, went from being a cultural icon to a niche player. Remember, the Dixie Chicks sold out arenas after Natalie Maines’s faux pas and even went to number one and then they couldn’t get arrested. Just because you’re big today, that does not mean you’ll be big tomorrow.

But “21” was ten times bigger than anything else. Why?

It’s not like Adele played the game. Appeared everywhere and did endorsements. Rather, the music stood on its own, and appealed to a broad swath of human beings as opposed to the pop and hip-hop niches of today.

No, this is not a racist rant. No, this isn’t even anti-pop. It’s just pointing out a giant hole that someone could drive a truck through if they just made music most people wanted to hear!

A certain segment of the population will never listen to hip-hop, never ever.

As for rock… It’s so far from classic, it’s laughable. Bad voices with unmemorable tunes…

And pop can stagger us, listen to recent Bieber hits, those of Major Lazer and DJ Snake. But most is exactly what it appears, lowest common denominator tripe constructed for a young audience that doesn’t seem to care, otherwise they’d have tuned in to this broadcast.

We need a reset. We need bold actors who truly embrace artist development. We need to emphasize skill and talent, developed via practice. Enough with the youngsters propped up by old men, those whose vocals are fixed in the studio, raw talent alone can wow us, assuming people have got it.

And songs have umpteen writers and lose their soul in the process. They’re like Doritos or some other snack, cooked up in a lab to titillate your taste buds but they leave you wincing over the empty calories. Fast food tanks, replaced by fast casual, the Food Network trumps MTV, but we’re still selling crap music to a young audience of ignoramuses.

We’re ripe for a revolution.

We’re ripe for someone to sign acts whose success is not dependent upon radio. To care about radio is akin to placating physical retail, both rearguard enterprises thrown over by the public. You can’t let the tail wag the dog.

So, what do we know?

MTV is history, extinct. You can’t read the obit in the paper, the nitwits are too busy fawning over the “stars,” but Philippe Dauman wouldn’t have lost his job if there was anything left, and there’s not.

We live in an era of blockbusters, how come today’s musical stars are so niche?

Disruption comes from outside, from those who don’t see the game the same way. Major labels only sign that which they can market via traditional channels. Innovators break rules, they don’t adhere to them.

But anybody with a brain neither makes music nor markets it. There’s just not enough money in it.

But money isn’t everything, power is. And nothing is as powerful as a talented musician playing and singing from the heart.

You can win, if you pay your dues and speak your mind, do it your way and not theirs. We’re hungry for that which satiates us, not music we need a manual to understand, but that which we get on the first listen. We used to have the formula, but now we’ve lost it.

Once again, it starts with songs. And the scene is healthiest when those who perform them write them, because it adds a layer of credibility, of authenticity, which is key to lasting stardom.

And then comes skill. Practice. Ability. If you can’t wail, on your axe or with your voice, if you can’t improvise, if you’ve got no facility on your instrument, you’re a momentary player waiting to be thrown upon the scrapheap.

And then comes vision.

It’s not hard to out-Kanye Kanye, you’ve just got to believe in yourself.

Something the music business gave up on years ago.